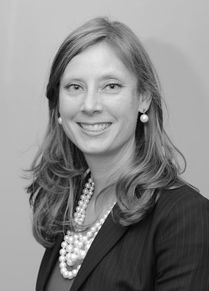 ​Ashley Smith, CEO
Artesian’s founder, Ashley Smith, leads the Artesian staff.  She holds a Bachelor of Arts in biology from Emory University and a Master of Business Administration from Emory's Goizueta Business School, and she has extensive leadership, management, and operational experience that make her a valuable part of the Artesian team.  Prior to switching into the world of education reform, Ms. Smith spent nine years in the pharmaceutical industry.  As a sales representative, she demonstrated a successful track record consistently selling in the top 5% of her companies.  She also held leadership roles for a $1 billion company, including most recently serving as the organization’s Analytics Manager for the Eastern Business Unit.

While living in San Francisco, Ms. Smith volunteered with InnerCHANGE to mentor young men released from juvenile hall and was Vice President of Education for the Eloquent Elocutionists Toastmasters Club.  She also served on International Justice Mission’s Church Mobilization Committee for the organization’s yearly fundraising banquet.  While living in Memphis “the first time” (2006-2008), Ms. Smith was one of 30 Fellows selected for the Memphis Leadership Academy class of 2009.  She was a tutor and mentor for juniors and seniors at Kingsbury High School, where she was integral in starting a successful Saturday tutoring program where 25-30 students regularly attended.  Ms. Smith also founded, and is the chairperson, of a scholarship fund for inner-city school students to enable them to attend college.

Ms. Smith received training from 4.0 Schools and the Tennessee Charter School Incubator beginning in July 2011, allowing her to study and learn from best practices used by the highest-performing schools and school leaders in the nation. Since moving back to Memphis in 2012, Ms. Smith has worked with various K-12 schools in many Memphis neighborhoods as a collaborator and colleague. She also spent some time working directly for the Achievement School District on special projects that helped to increase the use of RTI2 in 12 ASD schools. Nationally, Ms. Smith consulted with CEOs and board chairs of charter management organizations for BoardOnTrack, an organization that trains and equips boards to be meaningfully engaged in oversight of schools’ academic performance.

​Ms. Smith volunteers at Peabody Elementary School; serves as an appraiser at the local and state level for Destination Imagination; and mentors women in Advance Memphis’s WorkLife program, which helps participants receive important job training skills, life skills, and a GED to successfully enter or re-enter the workforce. She also serves on the Workforce Investment Network's Target Populations Committee, which focuses on at-risk youth ages 16-24, adults with disabilities, and veterans.

Yaazieli Ortiz, AmeriCorps VISTA serving as Advisory Curriculum and Grant Writer
Yaazieli Ortiz-Felicié is an AmeriCorps VISTA volunteer working as the Advisory Curriculum and Grant Writer of Artesian Community School. Ms. Ortiz has a bachelor’s degree in Criminal Justice with a major in Forensic Psychology from the University of Puerto Rico. She has also received a certificate of Specialist of Technology for Libraries from the Inter American University of Puerto Rico and Dreyfus & Associates.

​She has done volunteer work in multiple disciplines, including education, and has worked with a variety of organizations such as the Children’s Hospital of Puerto Rico and the Peace Corps. Being trained as an Education Specialist, Ms. Ortiz has developed literacy projects, trained teachers, and solicited and managed a grant, among many other important tasks while serving as a Peace Corps volunteer with the “Dominican Advance Foundation”.
Powered by